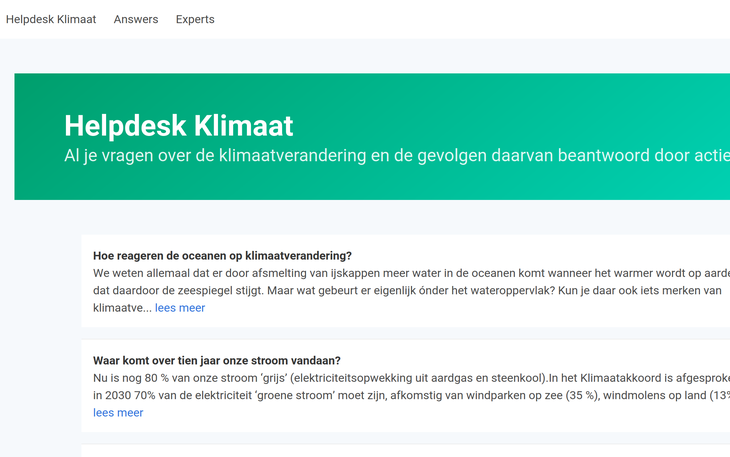 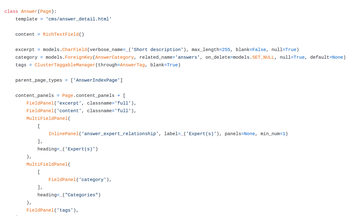 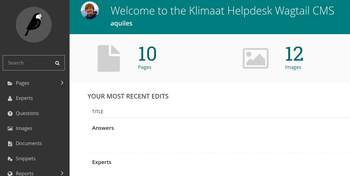 I December 2019 I started collaborating with the group scientists for future in The Netherlands. They wanted to create a website in which people could ask questions related to climate change and the environment, and get a public answer from specialized scientists. It was a good Christmas break project to tackle. The result is Helpdesk Climate. The code is open source for anybody to build upon what I have already developed.

This project came along at the same time I was rebuilding Python for the Lab, so I defaulted for the same technologies: Django back-end, using the fantastic Wagtail on top. Since the project is supposed to grow in complexity relatively rapidly, I chose to build it directly on Docker, both for rapid testing locally and for a smoother deployment. Especially taking into account that the project may be taken over at some point. For deploying, I chose Digital Ocean, mostly because of its easy of use, and because it offers servers located in The Netherlands.

What I did differently compared to other projects was using Bulma for the CSS framework. I chose it because at the time I was learning Vue, and this framework was recommended. If I had to start over, however, I think it would have been better to default for an old known such as Bootstrap.